Next Steps encourages collaboration among purpose-driven social networks. The only step we ever can take is the next one.

Next Steps :: What's Important? Purpose :: Sustainabilty, The Environment, Animals and Their Rights

When I was born in '71, there were 3,800,000,000 people on the planet. Now there are over 7,000,000,000. There are so many new products and novel products entering the market every year. Consumer demand for pretty much everything (cars, electronics, energy, food, plastics used in everyday life) keeps growing and growing, especially as the developing countries slowly drag themselves out of poverty. The associated problems of pollution (think of Fukushima, Japan, right now), desertification, and increasing pressures on the animals (food, trophy hunting, habitat, pollution/toxicity) make me wonder if sustainability is possible. I can't possibly see how we can get to there from here, although I think it is critically important. The earth has a great capacity to recover from pressures, but surely we have done too much damage already. Are there benefits from slowing the trainwreck, if it is destined to happen anyway? 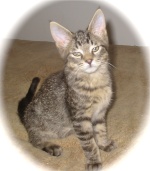 Here's a resounding, "Sure! Why not?"

Even if we don’t wipe ourselves out, I think I should remind you how awful the future is likely to be, what with new forms of terrorism, water wars, decreasing social cohesion and the possibility that Andrew Lloyd Webber will write a new musical. Let’s face it, it’s all bad. You might as well just get your head down, do the best for yourself and those you care about, try to buck the prevailing negative trend and snatch your comforts where you can. You’re pretty smart, after all.

It’s very easy to regurgitate the terrible story of our future that, as far as I can tell, I’ve been hearing since I popped out of my mother’s womb. In fact, it’s so familiar that it rolls off the tongue like well-learned lines, as if I’m reading a script. I’m sure you can do it too. You’ll have your own nuances. You might throw in a disenfranchised feral youth in preference to my water war, or economic collapse in place of my new terrorism. It’s like an End of the World Top Trumps card trading game, won by playing the cards that summarise the strongest case for how everyone loses.

Our media love this game. Whether it’s too much government or too little, too many police or too few, too much concern over climate change or too little, our pundits are united in their belief that a) things are going wrong, b) they’ve been going wrong for as long as they can remember and c) they’re going to get a lot worse. Hardly inspiring, is it?

So it’s odd to find out that things could actually get a lot better. Not just a little bit better, but off-the-scale better. For every water war, there’s a cheap nano-membrane that can revolutionise desalination. For every echo chamber of hate on the internet, there’s a collaboration that’ll make your heart sing. For every engineered pathogen, there’s a new front opened up on the war on cancer through genomics. For every worry about scarcity, you’ll find an example of innovation that’s bypassing the problem. At the same time, organisations with new shapes are struggling to emerge; we’re seeing institutional innovations that will help us grasp the challenges that our current systems can’t tackle.

I know because I’ve spent a year researching those as well. One favourite is a clever system that takes CO2 out of the air and feeds it through photosynthesing bacteria to make fuel. It’s effectively a carbon-neutral petrol station that pulls fuel out of the sky when you put it somewhere sunny. The technology exists today and a whole range of companies funded by greentech investments are racing to commercialise it.

There are hundreds of people who are not only thinking about improving our lot but also doing something about it. They clearly aren’t listening to the doomsayers. Their mantra? Cheer up, it might just happen.

In our public discourse, we need to put a few cards back into that pack of Top Trumps and shift it from a forced game of ‘End of the World’ to a new game of ‘Possible futures’. After all, that’s what it was until the pessimists nicked all the good cards and hid them under the cushion.

I’m not saying the future will be better, but I do know that if you’re not even aware it could be, there’s much less chance of making it happen.

Optimists step up. There is everything to play for.

Mark Stevenson FRSA is a writer and comedian, and director of Flow Associates Ltd and ReAgency Ltd. His new book, An Optimist’s Tour of the Future, will be published by Profile in January 2011.

Mark Stevenson may be an optimist, but there wasn't any real depth to the article. I don't want to get into a debate, I want to spend less time on the computer, not more. But here is something from my inbox today that speaks to my point, by someone far more articulate than I am:

Next Steps :: What's Important? Purpose :: Sustainabilty, The Environment, Animals and Their Rights